2015 has been an Amazing, difficult, sad, happy, exciting, troubling and intriguing year. I finally got accepted into the CSCC Nursing Program after an entire year of chemistry, psychology English Anatomy & Physiology, Microbiology and on and on and on! In March, we traveled to Birmingham for my youngest step-daughter to have a biopsy of a mass on her ovary and the unthinkable. Though it was only a 10% chance it could be cancer, it happened. IT WAS CANCER!!! Complete hysterectomy followed by Chemo...I traveled down to help care for her on the second treatment and it seems that it was a good idea. As they left her appointment they were rear-ended in the rain and totaled her car. In June my son Jonathan Married his Beautiful bride Angela and brought with her two of the most amazing grandchildren. Then in July they surprised me with the news that they were pregnant.....OOOOOohhhhhh was I ever excited! Later in July sadness followed when I received a call late in the night with the news that my first love had died just two days after his forty-ninth birthday. Classes began in August and the struggle is real...I love learning, but it seems I just want to over think everything. Then In September I find out that my BIO father died in July and his wife never even bothered with a phone call. October rolls around and my friend that I met in Chemistry a year ago decided she could not continue with Nursing classes so she dropped. Our class is about half what it was. Money as usual is tight. I've mentioned the idea that I go back to work a couple of days each week, but Joe doesn't want me to because we see so little of each other as it is. I spend most of my free time studying or working on homework and papers. Back to Amy (step daughter) good new after 6 chemo treatments her PET scan is clear. She will be seen 4 times each year and we can't consider her cancer free until she is clear 5 years, but I just believe she's clear! So that's my year thus far. I'm as happy as I've ever been and had one of the very saddest, happiest years of my life.
Posted by Cricutcrazylisa at 5:37 PM

Life is good and God loves you. I'm sorry for all your losses, but so very happy for you for the good that has happened so far this year. Keep your chin up! You WILL prevail with the schooling and I know you will come out so much better off and happier for hanging in there. You got this, I know you do, you are smart and I am so very proud of you. And just think . . . you will have a new granddaughter to add so much happiness to next year! Keep your eye on the prize - the joy of watching her learn all the things new babies learn as they grow - the discovery that they can actually laugh out loud, their stubbornness as they learn to crawl and then walk, and the realization that you are her Gigi! Next year will be so full of hugs and slobbery kisses for you! I love you little sister, and hope to see you soon.
A Universe of Love from your big sister, Redonna 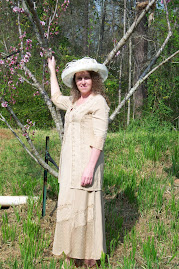